“Francesco taught my son Ben Classical Guitar, supporting him through the top ABRSM grades to distinction in grade 8. He is a cut above any other tutor we interacted with, meticulous about technique and interpretation, so his pupils can develop into masters of their instruments. The quality of his tuition is in the difference between learning notes and learning how to really play an instrument. I count us lucky to have had his dedication and instruction for several years, and I am incredibly grateful for his patience and investment in my son.”
Professor Tamar Pincus
Francesco has a wide experience teaching at all levels, from beginners to advanced young players and adult aficionados. His first appointment as guitar tutor was with the University College of Ripon & York St John where he worked with undergraduate guitarists on a 4 year combined degree/QTS Music course. Following that he taught at the Oxfordshire Music Service for 4 years alongside Gilbert Biberian and Gordon Dunn and enhanced his understanding of teaching young children and their musical and technical development. He subsequently studied privately with Richard Wright of the Yehudi Menuhin School which further influenced his teaching approach.

Since moving to London Francesco has built up a busy teaching practice at the Purcell School for Young Musicians; the oldest specialist music school in the UK, Dulwich College; one of the oldest of the UK's public schools and the Harrow Music Service which provides music education to 1000's of children in the London Borough of Harrow. He has also given seminars at the Trinity Laban Conservatoire on developing young players and contemporary guitar repertoire, directed the advanced guitar course at Hertfordshire Music Service, been a guest teacher for Berkshire Maestros and conducted the Guitar Orchestra and given performance classes at the Royal Greenwich Guitar Festival.

‘The standard these days is extraordinary!’- An enjoyable ensemble masterclass with the @EDENSTELLDUO featuring performers from @PurcellSchool □ #RCMGuitarFest pic.twitter.com/AcjXGWAFlB

Francesco's students have successfully auditioned to the Purcell School, the National Youth Guitar Ensemble, Trinity Laban Conservatoire, Royal College of Music, Royal Welsh College of Music & Drama, Royal Northern College of Music, The Cleveland Institute (USA) and the San Francisco Conservatory (USA).  In 2016 his pupil, 14 yr old Billy Watman was runner up in the Sky Arts Guitar Star competition with a panel of judges including Milos Karadaglic, George Benson and Tony Visconti. In 2017 three of his students were selected to play for Leo Brouwer's masterclass at the Bolivar Hall and in 2018 the Purcell School guitar duo of Billy Watman & Petar Jovanavich performed at the Royal College of Music Guitar Festival.

Francesco currently teaches students of all ages and abilities and is available for private lessons in the Clapton & Stoke Newington area. 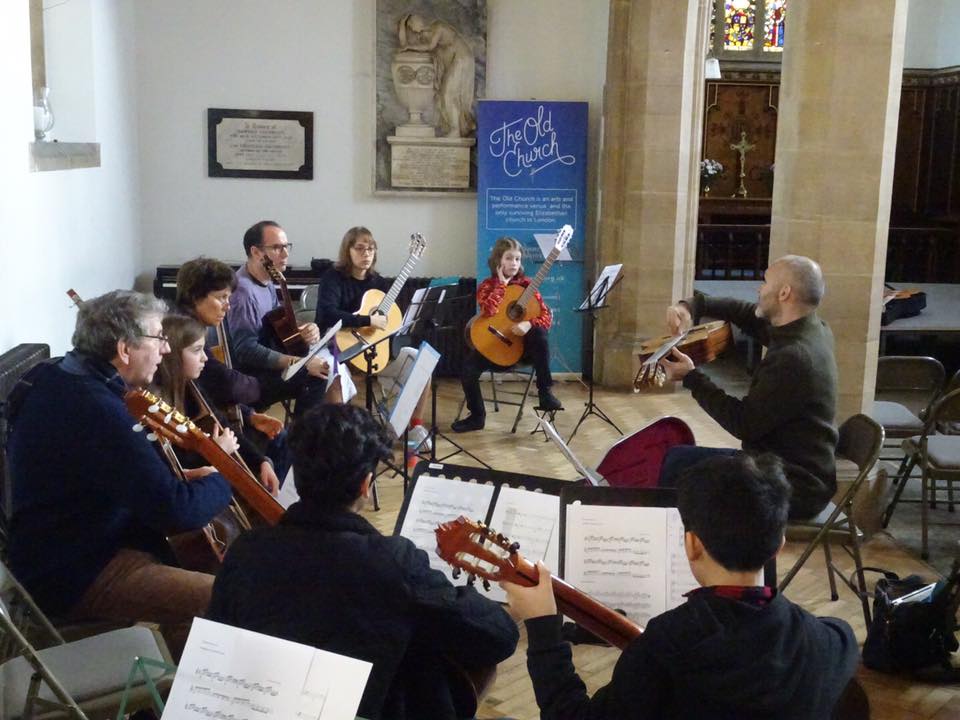